With the battery pack installed, it was time to mount the controller and wire everything up. 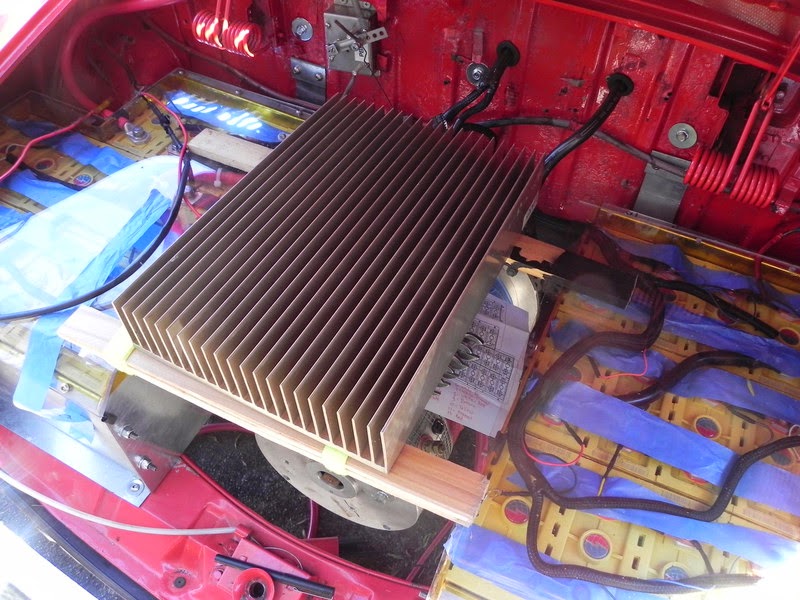 I found this wonderful heat sink on eBay for $40 or so. It looks awesome, and sits right under the natural air flow coming in through the vents. 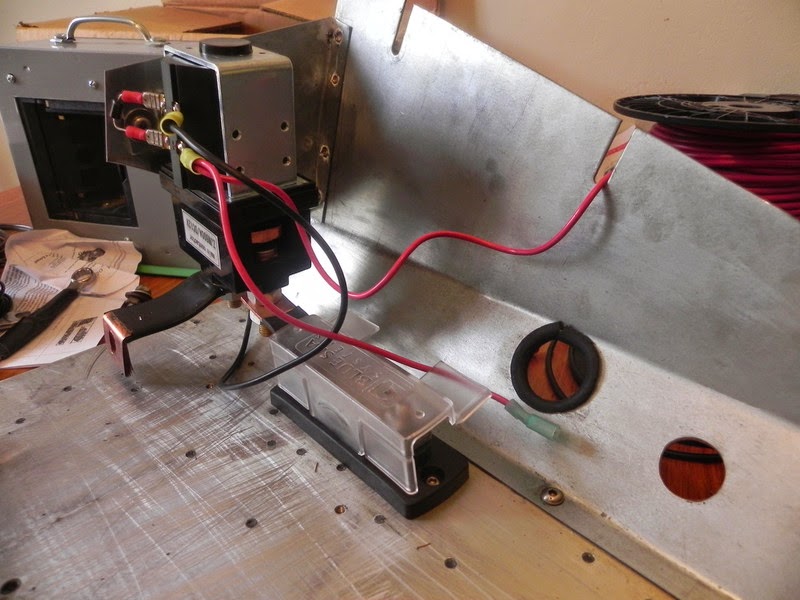 All the components related to the core of the system are mounted either directly to the heat sink, or to the supports.

That meant learning how to tap & drill holes in custom locations to mount everything.

What we see here is the main contactor, and the fuse holder. 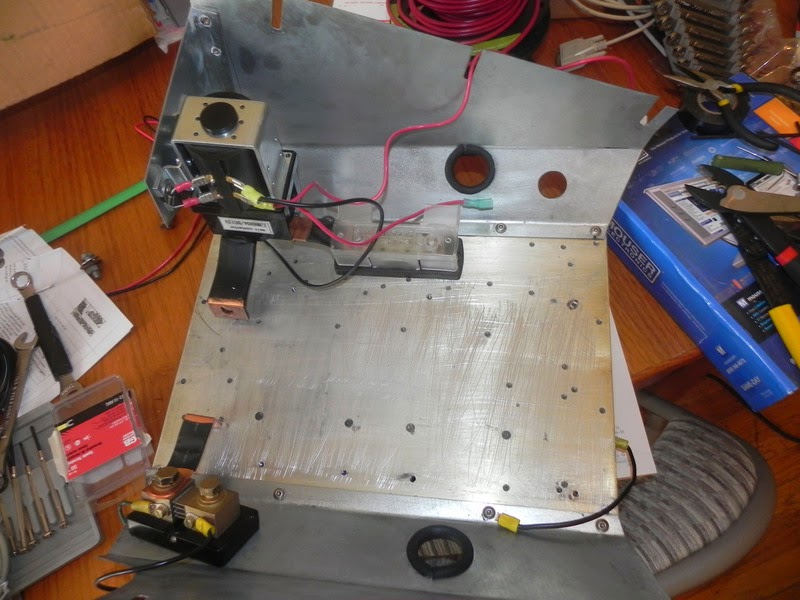 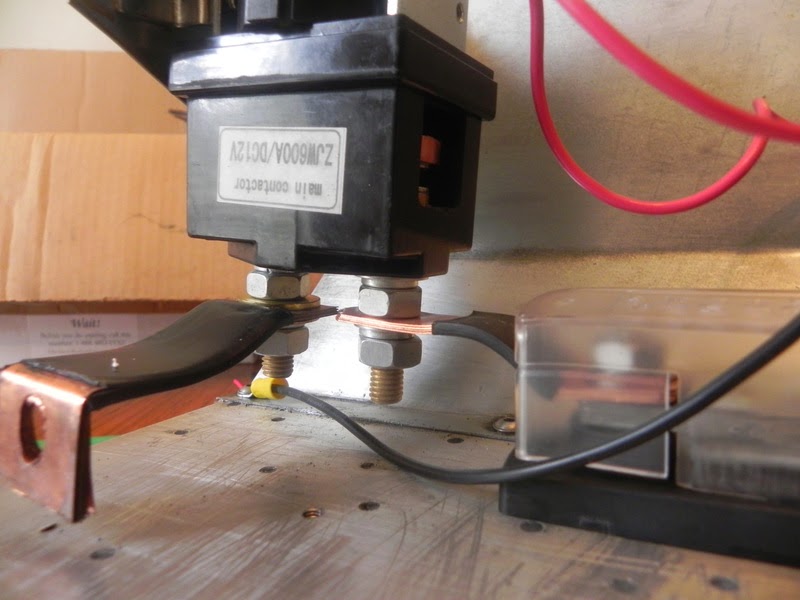 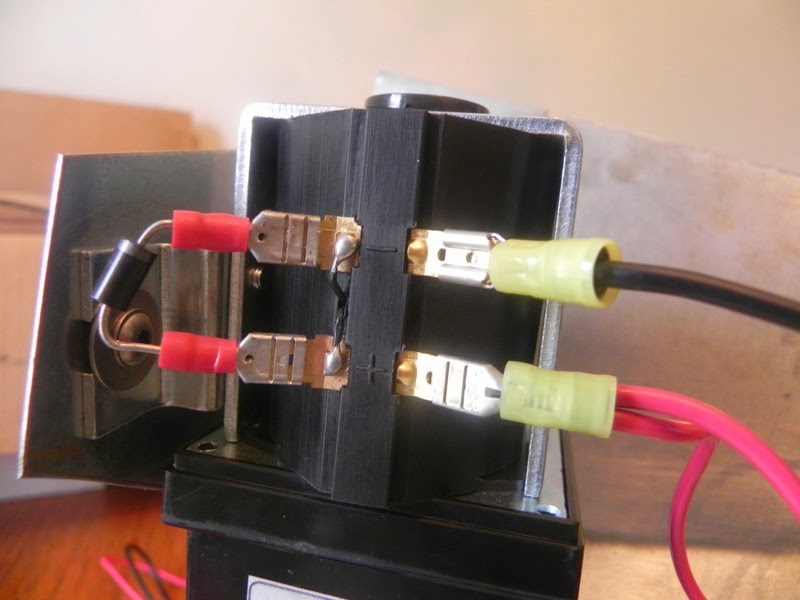 This diode does something magical to the contactor so it doesn’t chatter. The instructions say to install one but I turned out to have installed it the wrong way around. The first diode blew up, so I had to install another pointing the other way around. 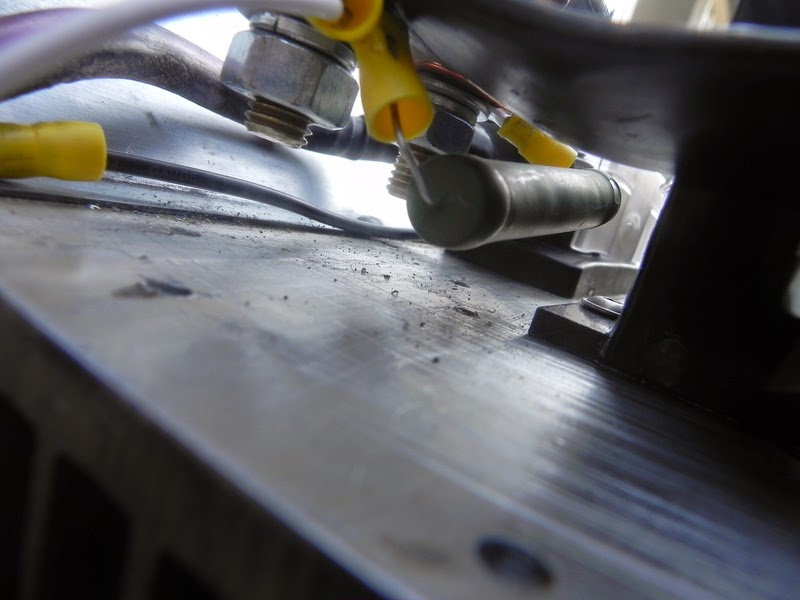 This is the big resistor going across the contactor. The purpose is to precharge capacitors in the controller, so that when you close the contactor there aren’t huge sparks. 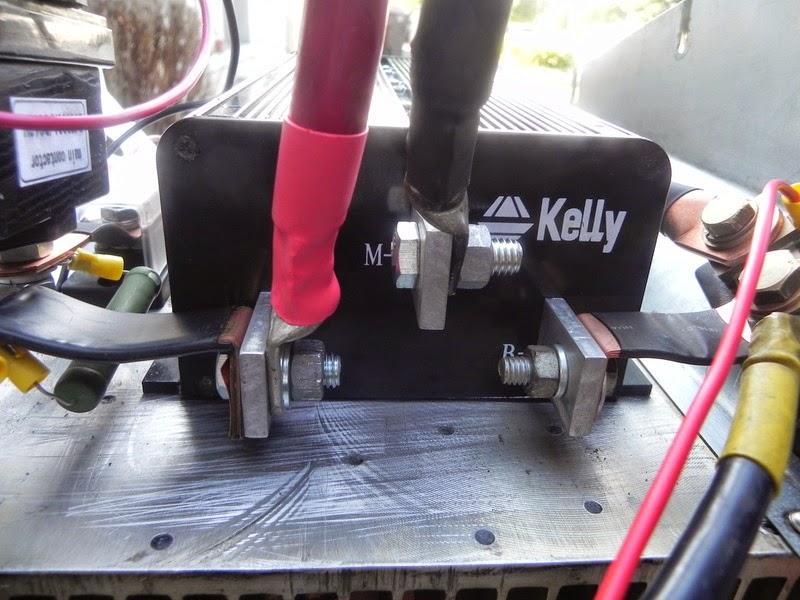 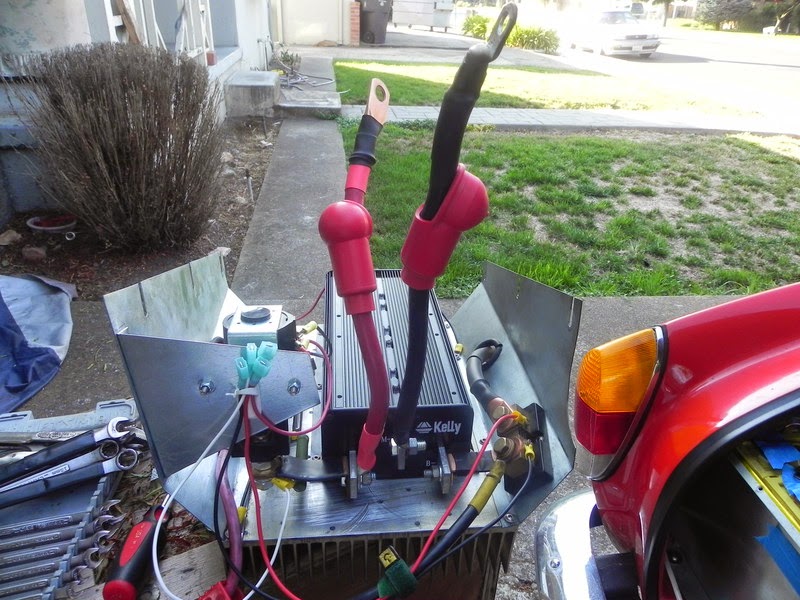 Ready to go. There are additional wires for connecting to the dashboard gauges, and turning on the contactor when the 12 volt system comes up.

Not shown here, but this module connects to the battery pack using a 300 amp Anderson connector. 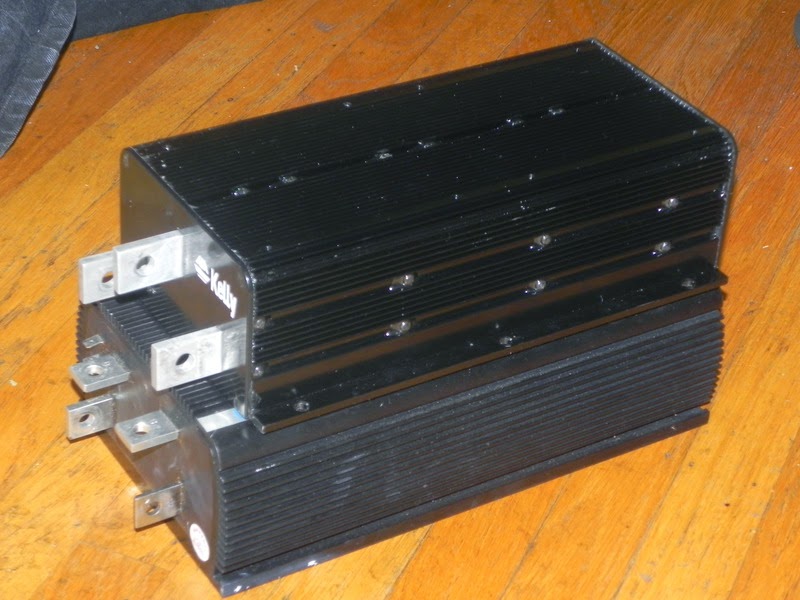 I ended up not using the Curtis controller, but a Kelly controller instead. The Kelly is nearly the size of the Curtis.

I had two things against the Curtis controller. First, it is an analog design rather than digital, and I naively thought the digital design would be better - configure through a serial port rather than with set screws. Second, the mounting hardware on the Curtis was tricky and I couldn’t figure out how to get it mounted to the heat sink. 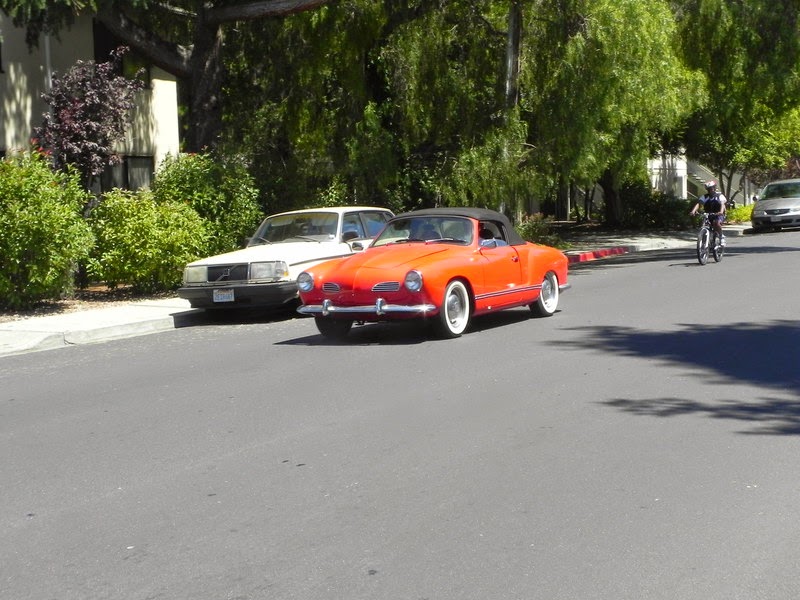 First test drive is always the most exciting moment.